The Tone cruisers (Tone and Chikuma) were part of the 1932 supplemental plan including light cruisers under the Washington Treaty, but in 1938-39, with the approach of hostilities, it was decided to finish them as cruisers heavy. Their 155 mm triple turrets were not retained and they were strengthened considerably. However, their great originality was in their hybrid nature, with all their parts concentrated in the hunt (at the front), leaving their rear deck free of any accommodation intended to operate squadrons of reconnaissance seaplanes.

After modifications, passing to four double turrets of 203 mm, they remained nevertheless as powerful as the standard heavy cruisers in service in the world. They were to be used as scout cruisers and inspired the reconstruction of the Mogami in 1942. However, they did not have a real large hangar and could, therefore, operate only 5 to 6 seaplanes. Their anti-aircraft artillery initially consisted of 12 x 25 mm cannons in six twin mounts, rapidly increased to 30 at the beginning of the conflict. The Tone ended the war with 57 x 25 mm guns, which did not prevented her from being sunk by aviation.

The Tone and Chikuma in action

The Tone was in Midway in June 1942, then participated as his twin in the Battle of Solomon Islands in August 1942, Santa Cruz Islands, at the second battle of Guadalcanal in November 1942. The Tone and Chikuma were finally engaged in the battle of Leyte in October 1944, under the command of Admiral Kurita. Chikuma suffered attacks from US Navy aircraft and sank on 25 October. The Tone survived, but only to be bombed by USN aviation in the harbor of Kure during the great raids of the 3rd Air Force on July 24, 1945. She was later captured, loaded with explosives, detonated and her remains were left in situ until 1948. 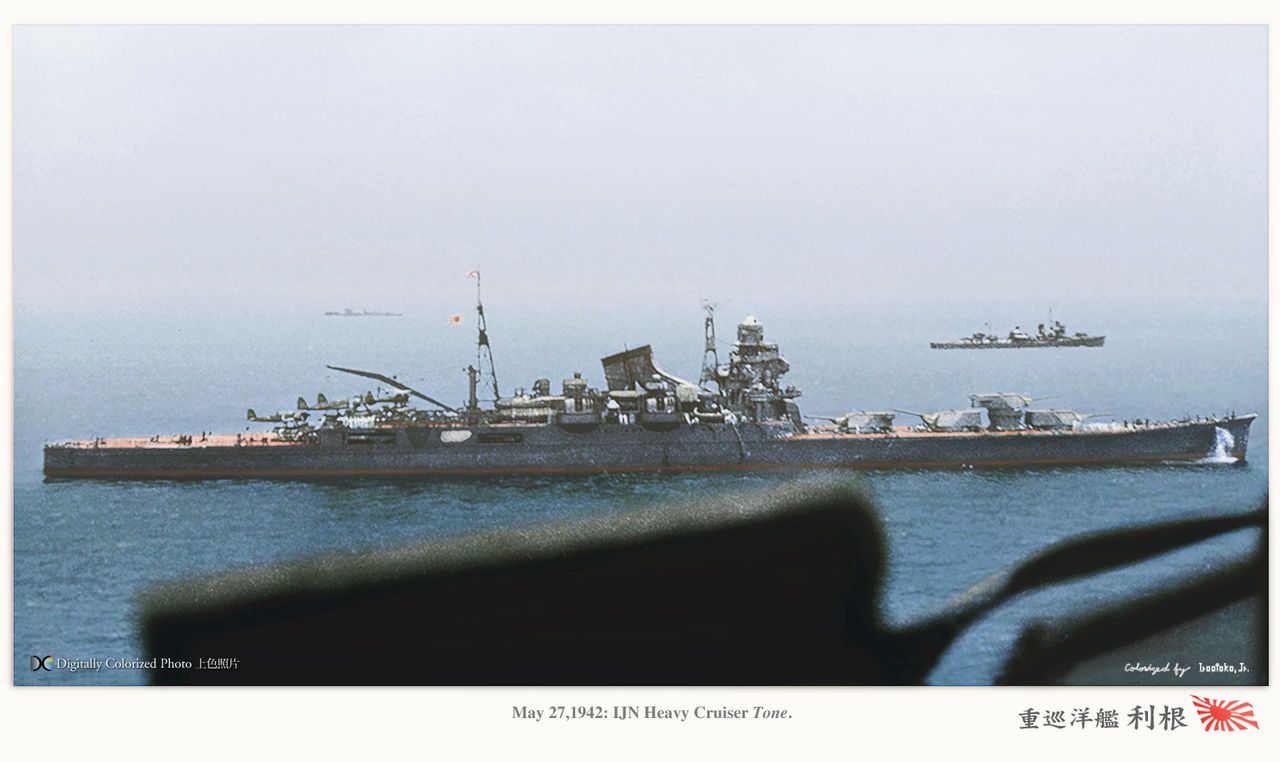