The Takao heavy cruiser class, started in 1927-28, launched in 1930 and completed in 1932, including the Takao, Atago, Maya and Chokai were among the best and most active Japanese cruisers of the Second World War. 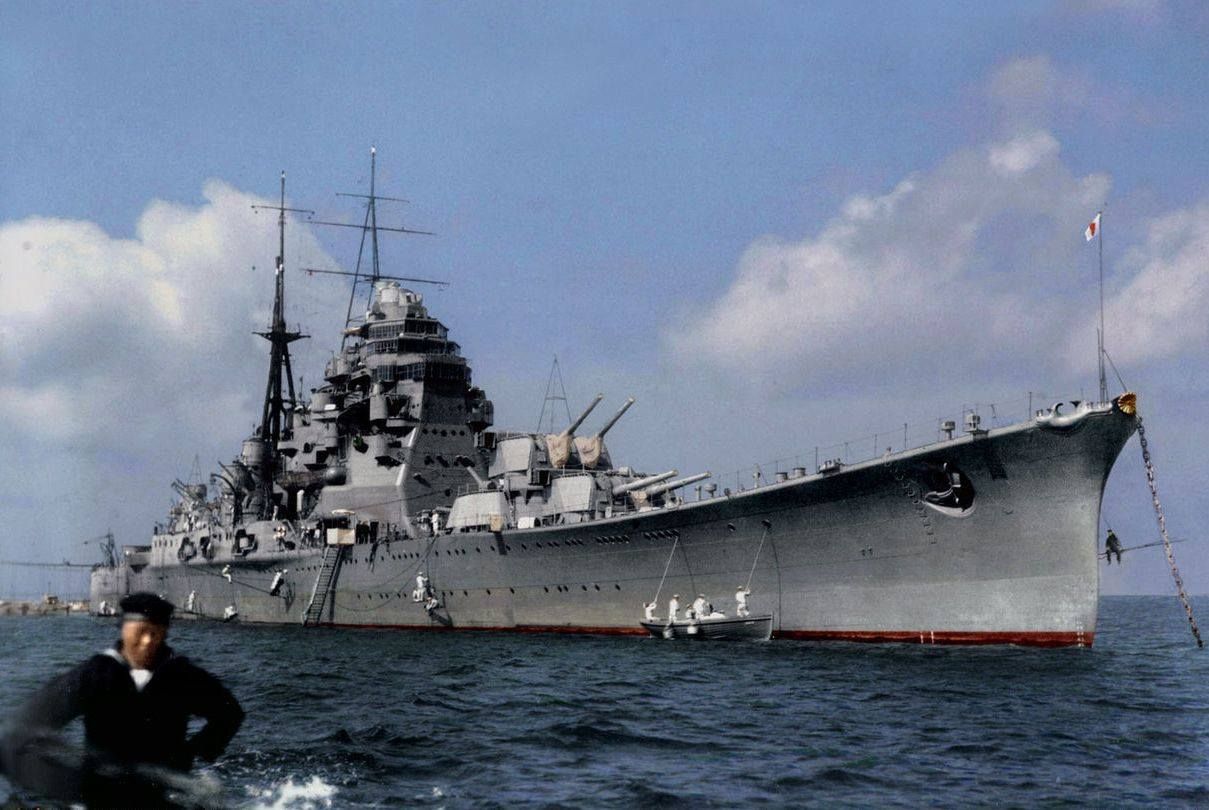 They drifted from the Nachi, to which they recaptured the essentials, with however better protection, including their armored bridges, an increase of the main parts and quadruple rotary torpedo tubes benches from the beginning. In addition, their standard displacement was even lower than the Nachi, with 9850 tons instead of 10,000, which compared to comparable American cruisers was exceptional.

They put their excellent provisions to the test of fire and resisted very well the impacts of the American buildings during the hard engagements of 1942-44. Their footbridge was notably very different from the Nachi, affecting much more solid and solid forms, very characteristic with their three superimposed bridges. Takao surrendering to British Forces in 1945

The Takao, Maya, Chokai and Atago in action

In operations, these four vessels were the spearhead of the Japanese Navy, participating in most major engagements. All four were engaged in Admiral Kurita’s shock squadron on Toyoda’s orders during the Battle of Leyte in October 1944. The squadron was spotted on October 21st by American submarines, and attacked on the evening of the 23rd. by USS Darter and Dace, confirming their presence. They torpedoed and sent at the bottom Atago and Maya. The USS Darter then attacked the Takao, who survived three shots on goal and barely reached Brunei, before joining Singapore for further repairs. Finally, the Chokai, the same day, is attacked by the American naval aviation, hit by several bombs of the Curtiss Helldivers, it is finally disabled and attacked by the American destroyers who open fire at close range and finish it. The Takao escaped the battle of Samar and was repaired but condemned to inaction in the harbor of Singapore. She was sunk on the spot by the British Navy commandos using the submarine XE3 submersible, which placed charges against his hull on July 31, 1945. An operation that was the subject of a film. In October 1946 he was refloated, towed and plasticized in the Straits of Malacca.