The Nagato and Mutsu were the first battleship for Japanese, and among the most powerful “super-dreadnoughts” in the world at their entry into service. Marrying excellent protection, a remarkable speed for the time and the most powerful artillery of the moment, pieces of 406mm or 16 inches. They were a Nippon replica of British Queen Elizabeth. Their construction was approved in 1917, plans were made by Yuzuru Hiraga. Their hull was based on that of the Ise, but they had an upper edge in caliber and worn, in default of the volume of fire. This artillery was distributed in a very classical way in two groups of double turrets at the front and rear, in the axis. The pieces, actually displaying a 410mm caliber, were to form the base of the later plan ships of the 1918 plan, all later condemned by the Washington Treaty.

This artillery was supplemented by a secondary armament in barbettes, twenty pieces of 140mm, and eight submarine torpedo tubes, 533mm, and four pieces of 76mm for air defense. The protection was of the “all or nothing” type, protecting the vital parts of the ship. The bridge was characterized by a heptapod mast (seven feet), considered significantly superior to the conventional tripods used in most navies. They were needed to accommodate all the bridges and hunes, on a pagoda-like level. With time, these bridges widened and completely drowned the carrier masts, becoming a single massive superstructure.

During their major overhaul in 1934-36, the Nagato and Mutsu (launched in 1919 and completed in 1920-21) received a new turbine engine more powerful (10 oil boilers instead of 21 mixed), a modified supertructure, large anti-torpedo bullets with a triple hull, and an antiaircraft armament comprising four 76mm double turrets, and 10 double 25mm double hulls, at the cost of sacrificing two barbettes.

Subsequently the two ships were frequently flagship of the squadrons, actively participating in operations in China in 1937, and maneuvers and wing exercises in the First Battle Division. In December 1941, the Nagato was the flagship of Admiral Isoroku Yamamoto, at the head of the Assault Squadron to Pearl Harbor. He was then present at the battle of Midway, then won Truk and Opera on the side of Lingga. The Nagato took part in Operation A Go against the Mariana Archipelago, and took part in the Battle of the Philippine Sea. Then in October, he participated in the battle of Leyte, more precisely in the engagement of the Sibuyan Sea. He was attacked by Douglas Dauntless of the Navy who inflicted serious damage to him, then was engaged to Samar, cannonading the American Task Force (Taffy 3), but put to flight by the destroyers shortly after their success against the Haruna. 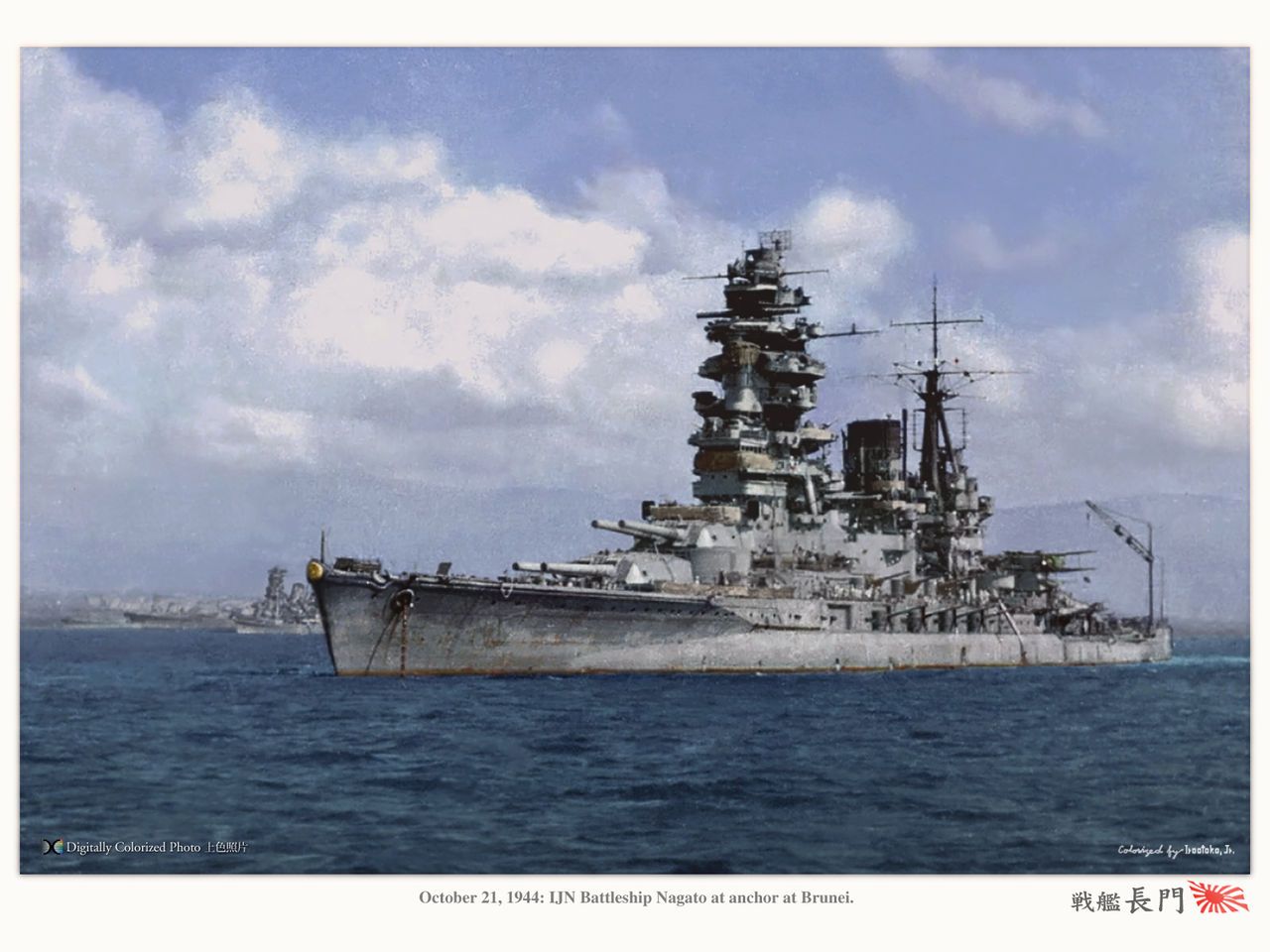 This was his last major commitment. The Nagato was in Japan in 1946, but was not sunk. He was captured by US forces (the last Nippon battleship still afloat), and completed his career during the Bikini Atoll tests in 1946 (Operation Crossroads). Her hull is still lying on the place of the explosion. A life-size replica of the bridge and a bridge was built for the film Tora Tora Tora (1968). Mutsu, on the other hand, was part of the attacking Pearl Harbor squadron, then was engaged at Midway, before embarking on a long time at anchor, including at Truk. It was destroyed as a result of an accidental explosion in June 1943. 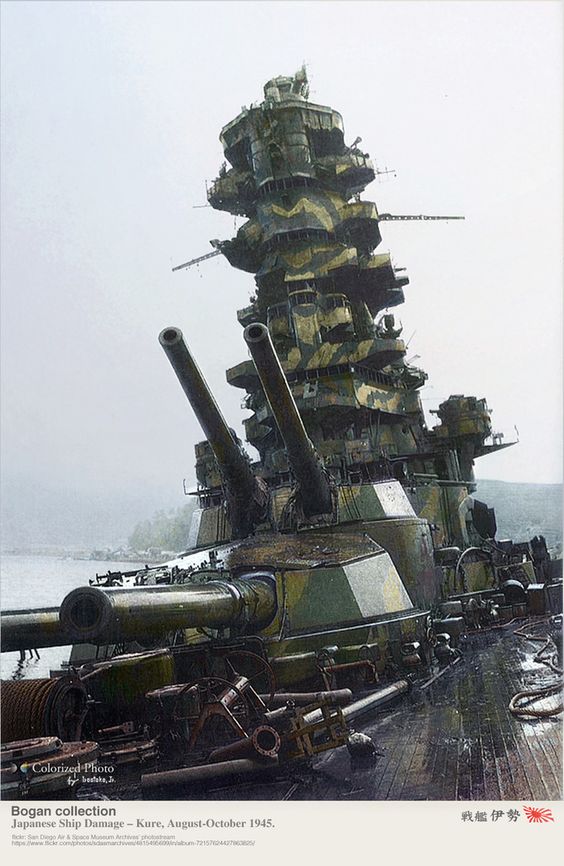