The three ships of the Katori class, with the Kashima and Kashii, had been designed as training cruisers, but also as destroyers and submarine leaders. Short, wide, slow, and under-armed, they were of low military value but were nevertheless engaged in combat with a revised AA, including three twin 76 mm mounts, and 25 x 25 mm AA, while their torpedo tubes were landed. This AA artillery was further increased by five 25 mm AA pieces and various heavy machine guns, the catapult being also dropped off. The Katori was damaged near the naval base of Truk, and finished of by units of the US Navy in April 1944, the Kashii was torpedoed and sunk by an Avenger in the China Sea in January 1945, and the Kashima survived the war, to be broken up in 1947. 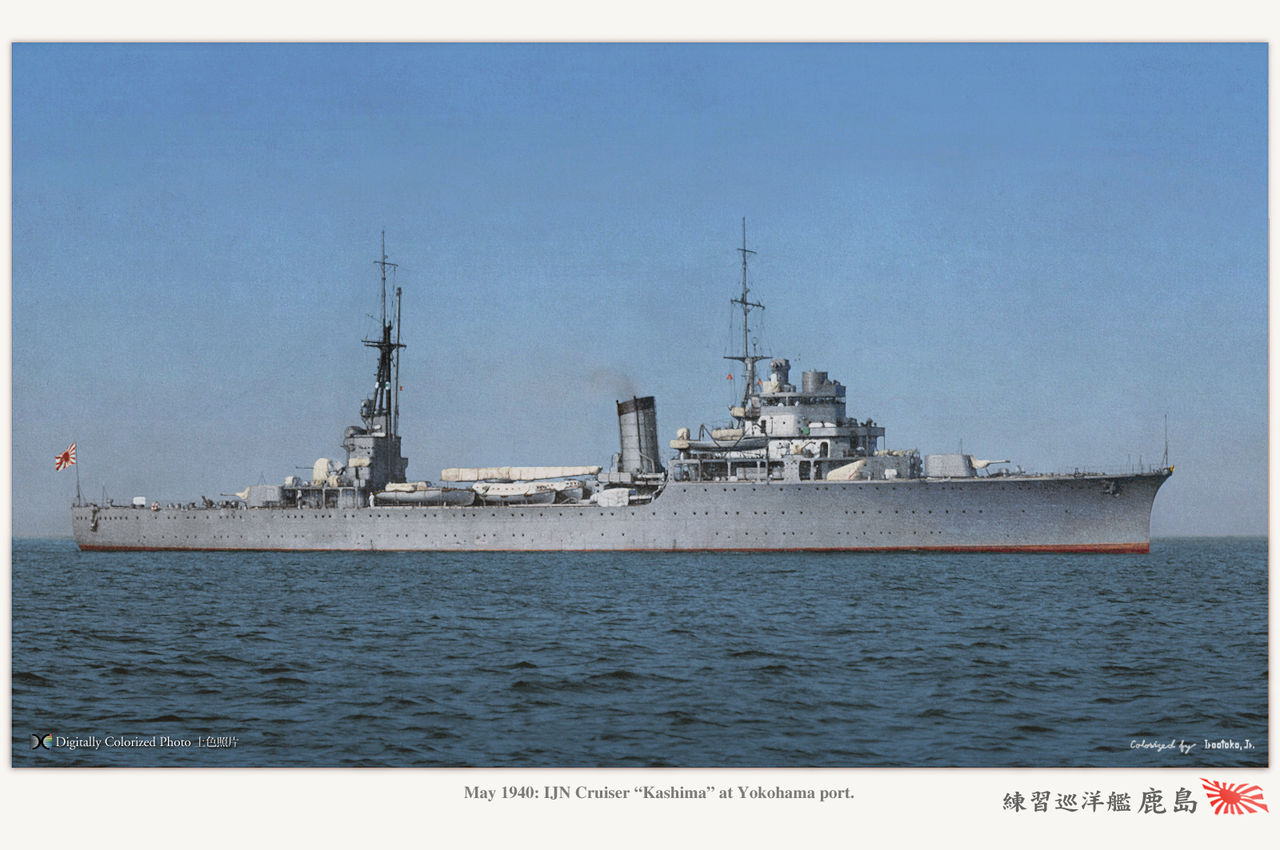