The Agano were the last Japanese light cruiser built in serie, and the fourth of the class, IJN Sakawa, was completed in December 1944, as the very last Japanese cruiser as after the war, shipyards only delivered "destroyers". This Class included the Agano, launched in 1941 and completed in 1942, Noshiro and Yahagi, launched in 1942 and completed in 1943 and finally the Sakawa, launched in 1944, due to various delays. Classified as light cruisers, they were part of an extensive program to replace older cruisers such as the twenty-year-old Kuma, Nagara and Sendai classes. The Agano, as it appeared at its entry into service. This is a placeholder post, to be proofread, triple-checked, completed and re-release at a later date on social networks They were also conceived as destroyers' squadron drivers. It was therefore light but fast (35 knots), with a reconnaissance capability (two aircraft), and yet an armament able to cope with the enemy destroyers. They added a large DCA composed of 25 mm single carriages, up to 61 guns on the Sakawa in 1945. They were all sunk by war events, the Agano in February 1944, the Noshiro in October 1943, the Yahagi, rearmed with 52 carriages of DCA, in April 1945. The Sakawa, on the other hand, survived the conflict, but was quickly integrated into the small fleet gathered in Bikini Atoll to be sunk during the July 2, 1946 nuclear test. 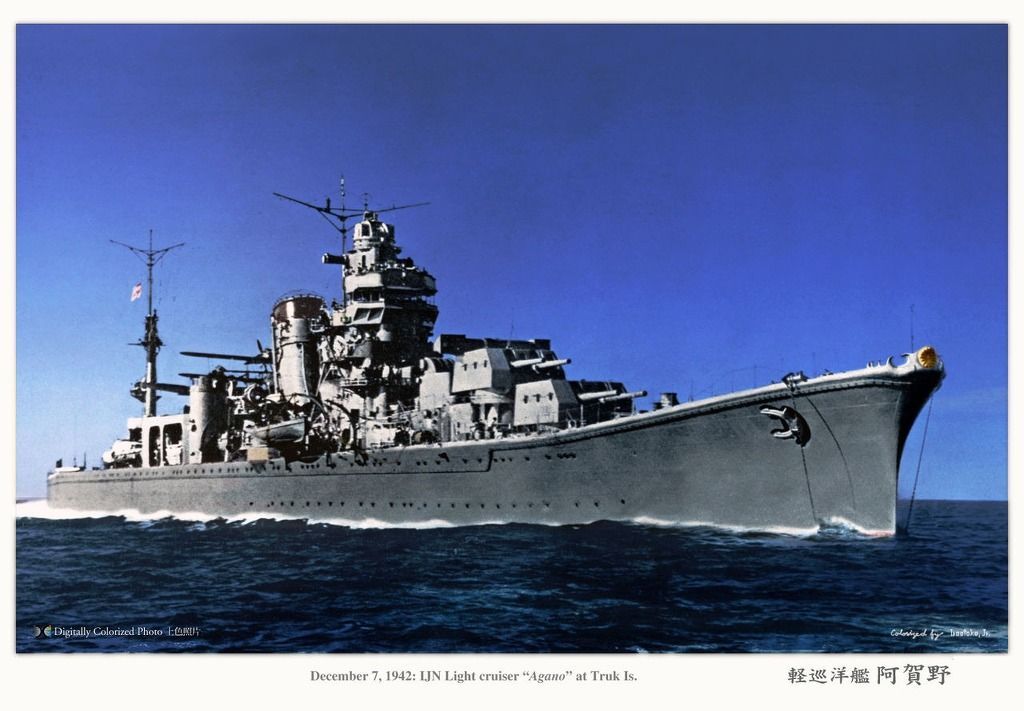