The Dutch Navy in 1914, a shadow of its past glory

In 1914, the Dutch fleet was in the same position as Scandinavian countries, having only one coast defense squadron to defend its shores, totally outclassed by the Hochseeflotte, the expansionist Reich being the most feared at the time. west, while the bulk of his naval forces resided in the “pearl of the empire”, Indonesia, and had to face the rise of Japan’s empire, considerably strengthened since 1905 in morale, confidence and capabilities. The Achin war had, by its duration (1873-1904), singularly impoverished the treasury, and naval budgets were curtailed.

The metropolitan navy could not do much against the German navy, but the real military peril came in the occurrence of the land. On the Dutch Eastside, the Japanese fleet outclassed the squadron of Java, but at least it had to resist until the concurrence of one or all the allies.

However, the prevalent budgetary constraints policy had its limits. Against Japanese appetites, the Russian Pacific Fleet no longer resisted after 1905, while the British Indian Fleet had been withdrawn for the benefit of the Metropolis. The French navy of Indochina could only deploy minor units, while the Chinese fleet was inoperative, crippled after 1894, and stranded because of its division between local warlord and the regime’s corruption, rarely able to fight. In 1908, a vast rearmament plan was decided: Four coastal 7000 tons battleships and are submersible plus destroyers. The main focus was on minefields, to immobilize the adversary or force an enemy to pass through areas beaten by coastal artillery, mined and easily defended by few ships. The classic “Salamine trap”.

A royal commission was appointed to study the question of defense of the East Indies, and it recommended in 1913 the start of construction of five 20,000 tons dreadnoughts for this sector, but also four for the metropolis, assisted by about fifty destroyers. There were also dozens of torpedo boats and large submersibles, as well as new minelayers. It was also planned to reinforce Batavia, transformed into a naval base with the addition of coal reserves and defended by three forts. Despite the political opposition that provoked a crisis, the plan was not voted on until August 1914. The outbreak of the war made it obsolete.

The Dutch Navy during the war

The Batavian Navy during the First World War:

The neutrality shown by Holland in 1914 was one of the most difficult to hold: Neighbor of the Second Reich, whose armies would have made a mouthful of her, granting herself valuable opportunities on the North Sea, it should also spare the Japanese, neutral too, but who could then very well switch to the camp of the triple alliance. Its imposing maritime trade, with Germany as well as with Great Britain, was also a powerful obstacle to any engagement.

With the blockade imposed by the English and the severe control of the merchant traffic, economic activity was significantly weakened. In practice, the reception of German cargo ships was almost impossible, a consortium of Batavian merchants committing themselves to it and Great Britain keeping the right to “blacklist” the offending importers, particularly by weighing on coal imports allocated to companies.

However, blockades were always possible, thanks in particular to the intermediaries represented by the Scandinavian countries. Thus Germany received millions of tons of Norwegian iron passing through Rotterdam. A large illegal food trade also developed illegally, with the black market inflating prices and freeing appetites from many adventurers… The Royal Navy also did not hesitate to pursue German blockade enforcers in Dutch waters; Those who passed through the Batavian ports were not in principle worried. 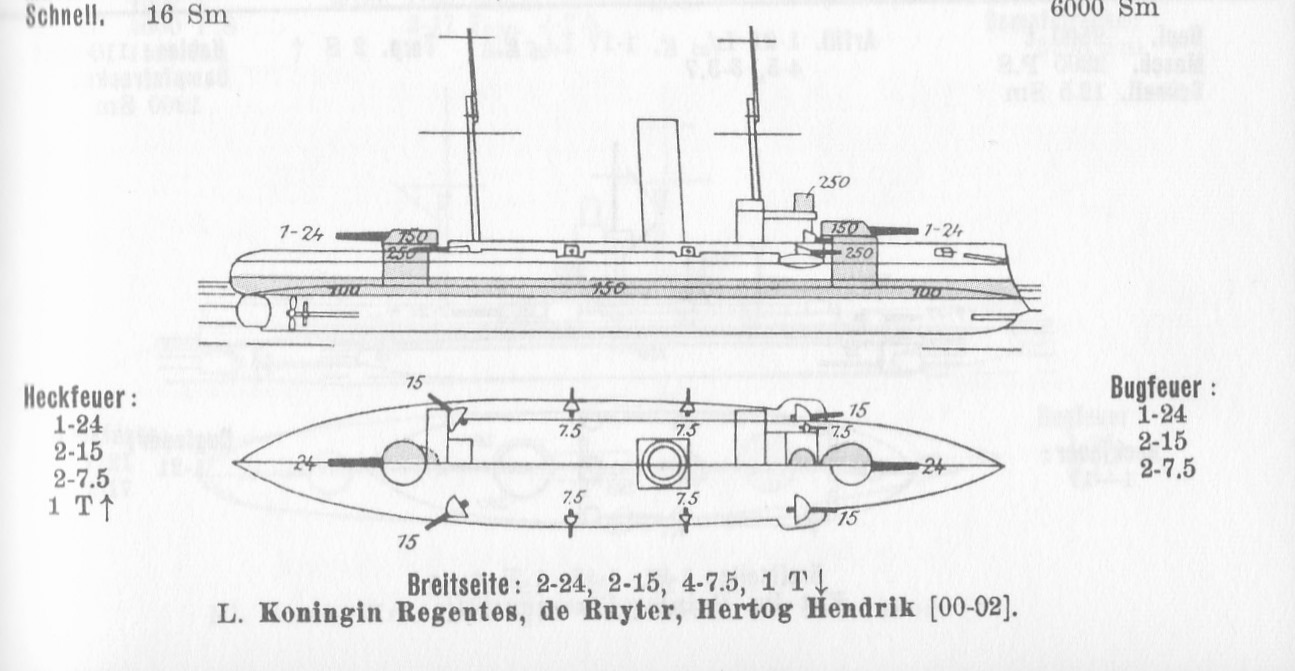 In 1917, with the development of submarine warfare, the Dutch were not spared and lost, despite their safe conduct, 230,000 tons of commercial ships, worth 147 million pounds sterling. New ships constructions were launched: In 1916, two cruisers of the Java class, completed in 1925-26, 6 torpedo boats class Z, 2 submersibles class O6, the KII, 2 class KIII, 3 class KV, 3 class KVIII (these last completed after the war, in 1919-23), 2 trawlers and 5 tugs converted as minelayers, 2 Van Meerlant class minelayers. In addition, two submersibles, a German type UC and an English type H were recovered after sinking in home waters and were reused by the Navy, under the names of M1 and O8.

The Dutch Navy in detail


Historical Poster – Centennial of the Royal Navy “The Real Thing”